DO YOU REALLY WANT TO TEAR DOWN CARRINGTON ELEMENTARY SCHOOL? CAN WE AFFORD TO? 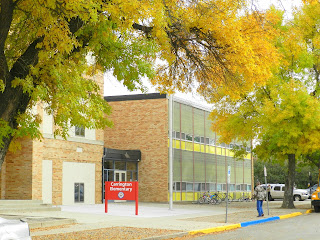 The question before the voters of the Carrington School District will economically impact every single property owner. That question is, will the property tax payers of the district pay $23.5 million plus interest and other costs for a new elementary school?

Numerous supporters have given their opinion over and over that each property taxpayer can afford to take out another mortgage on their property (disguised as a bond) for the next twenty years. Their favorite slogan is “pay it forward.”
Some supporters claim that the opponents are uneducated because they fail to see how inadequate our current school is and how much better the new school will serve the children.  As well, those taxpayers who don’t want to contribute their “fair share” are cheap, mean-spirited and don’t care for the welfare of our children.
If your home is most likely valued at $100,000, supporters argue that  it will only cost a little over $300 per year extra for the next twenty years.  They say no homeowner should object to an extra $300 per year in property taxes.  Apparently their opinion, like a local politician mentioned,  is you shouldn’t mind giving up one weekend a year in Fargo for the school.
What about the farmers?  Based on their figures, the average farmer in the district will be facing about $9,000 extra each year for the next twenty years.  One school board member said if that little of a property tax increase made a difference to a farmer, he should throw the keys to his tractor as far as he could and run away.  Another school board member claimed if that little bit of money made a difference, they had no business farming.  What statements of empathy!
The proponents have been less than honest selling this measure. As an example, their own enrollment figures show a steady declining enrollment.  Their sales brochure shows the same decline but they refer to it as “steady enrollment.”  They stated the $23.5 million is all inclusive.  Not true.  That is only the starting point.   There is no funding to demolish and remove the current school or the cost of the bond offering.   Will we be looking at an another bond measure to demolish the present school?  They claim there is no plan “B.”   Not true.  There is and was a plan for about $6 million to bring the present school up to date, remove the asbestos, enlarge and upgrade various parts of the current school.
The financial well being of our community rests on the financial health of our farming community. The real farmer (not the hobby politician type) will be kicked directly in the month if this passes. This impact will ripple through every part of the business community in this school  district.
Show your support for our farmers, homeowners, landlords, business owners and our community and vote NO. 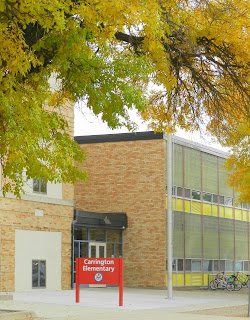