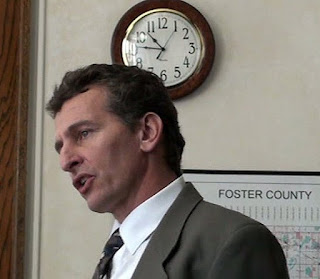 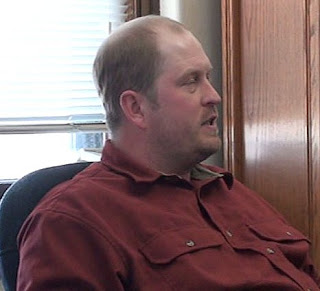 Thursday January 7, 2016 Statement in regards to SA resignation
On Tuesday January 5, 2016 at the regular Foster County Commission meeting much discussion took place in reference to the past and present performance of Foster County State's Attorney Paul Murphy. In the past several months our county has received inaccurate and unreliable legal advice in relation to the Foster County Shop. He refuses to accept any accountability on this and several other issues. It is my belief that in the last few months Mr. Murphy has allowed personal issues to cloud his judgment and negatively affect his performance as State's Attorney. Other issues were discussed including alleged misconduct of Mr. Murphy in his official capacity against another county employee and the potential liability issues of the State's Attorney office being located off county property within a private residence. After these issues were discussed, I called for the resignation of Paul Murphy. Later Tuesday Afternoon a special meeting was called for Wed. January 6 at 8:30 pm. The purpose of this meeting was to discuss moving the SA office to the courthouse. At the meeting auditor Casey Cables presented us Mr. Murphy's resignation.
We will be holding a special meeting Monday Jan 11 at 9am to move on accepting the resignation, and moving forward to fill the vacant position.
Joshua Dreher
Foster County Commissioner
Posted by Judy Keller at 4:35 PM