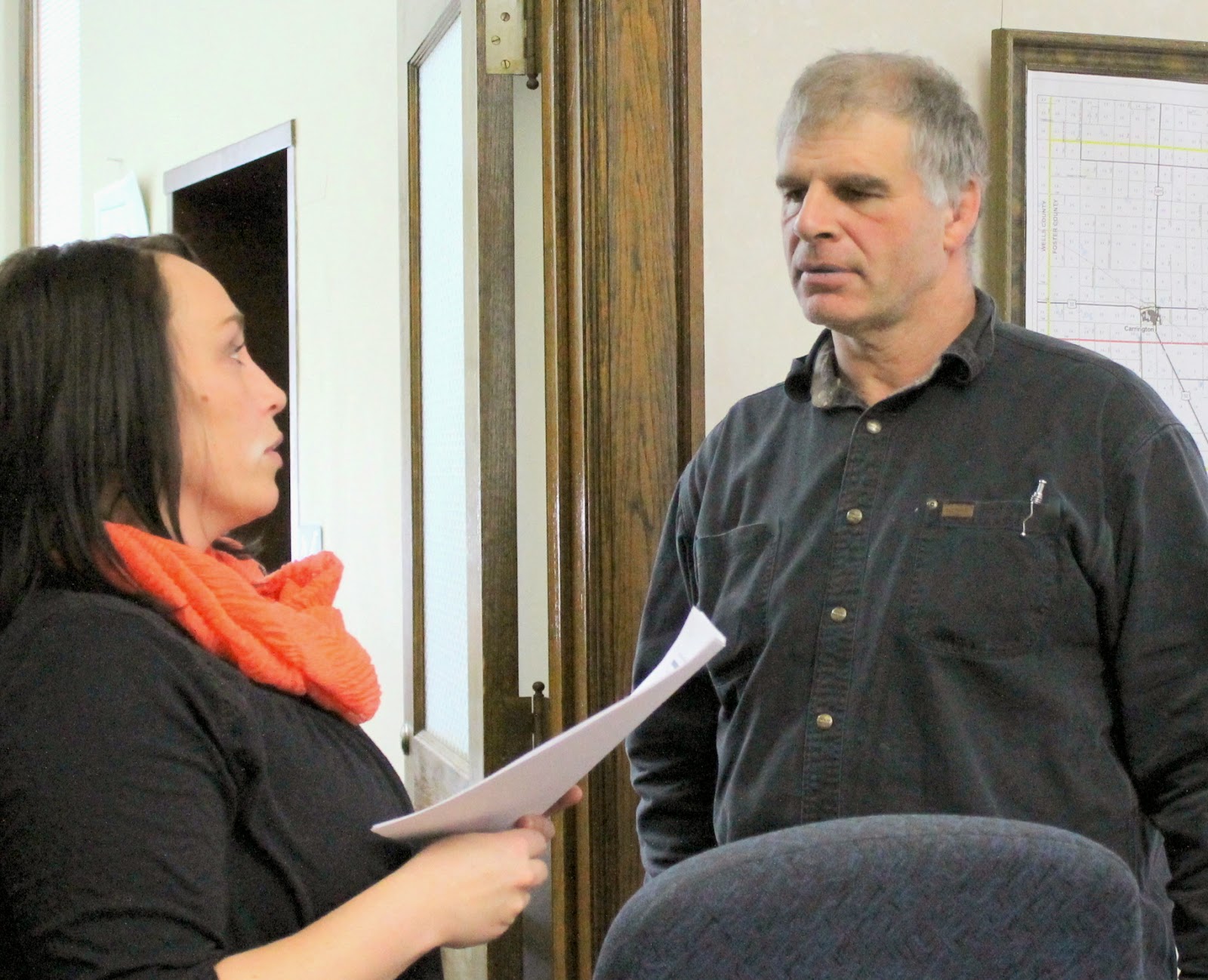 Meet Pat Copenhaver, our new Foster County Commissioner... being brought uptodate on County business by Assistant Auditor, Heather Martin. Pat was appointed and sworn in by the Commission today, Tuesday, January 20, 2015, and will finish the remaining two-year term brought about by the resignation of ex-commissioner Les Greger.

The commissioners explained that they had interviewed several candidates for Emergency Manager and Clerk of Court and had decided on the two people they thought would be best for the jobs. They announced that Jess Earle will take the position of Emergency Manager, and Leasa Lura will be the new Clerk of Court.

Bill Bauer welcomed the new Clerk of Court for the County, Leasa Lura. Leasa was on hand taking notes for the Foster County Independent where she currently writes articles for the newspaper and where she is also very busy working with their ads and graphics. 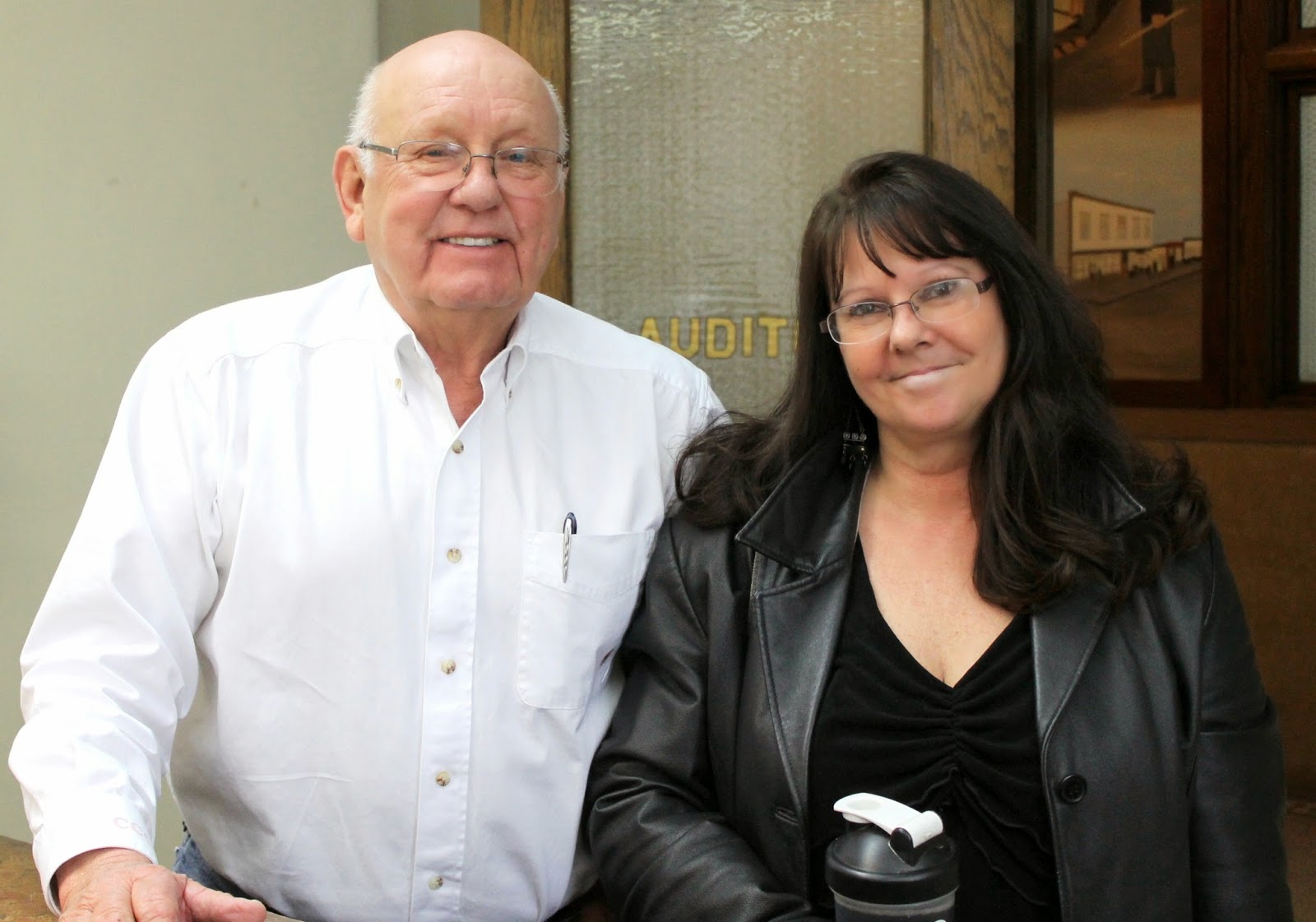 Chairman Bauer reiterated that they were happy to appoint a replacement for ex-Sheriff Mike Tufte who resigned without giving notice to the community. Our new sheriff, Ian Mattice, comes to Foster county with an excellent background and great recommendations from Lamore where he was working as Chief of Police. Commissioner Carr said that he had talked to the Mayor of Lamore who said they hated to lose him. Mattice will start work in Foster County on January 26, 2015.

The commissioners thanked the Carrington Police Department for helping out the county while they were trying to find a new sheriff and deputy. Also, they were grateful to Eddy County which had supplied police assistance when needed. With everyone working together with Deputy Sheriff Henry Head, Bauer said that things had "gone well" so far during this important transition.