Working at the Top of the Foster County Courthouse 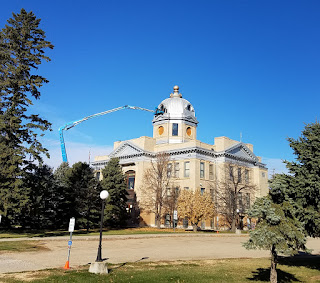 Working at the top of the world!  At least it must seem like that at the top of the Foster County Courthouse dome.  Leo Straley, the contractor in charge of the dome's restoration, seems to be right at home on his immense lift. 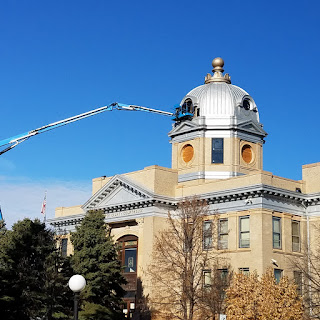 Notice that Straley is in the process of installing the final small round window and repairing the area around it.  He still has to install the large round windows which you can see at the lower level... the large rectangular windows having already been installed.  These immense round windows are quite heavy, but Straley says they should go in easily... after which he will repair the decorative metal work. 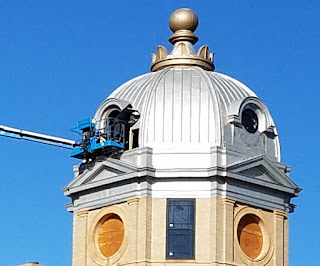 It might seem that the most complicated aspect of this entire project would be to repair the damage to the metal exterior.  Not so for Straley who has been an exceptional metal fabricator for a large part of his life.  The most strenuous aspect of this work was repairing and recreating all the woodwork inside the dome which supported the metal exterior.  The wood was so seriously damaged (rotting and falling apart) that he practically had to rebuild the whole wood interior. 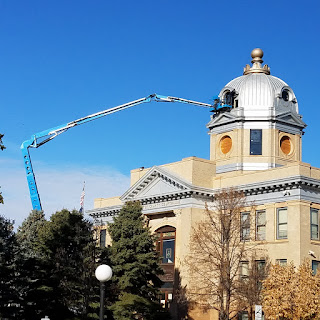 So, many kudos to Straley and people like him who can do this kind of precarious, detailed, beautiful work!  Thanks to him and his crew, our courthouse will eventually be back to its original beauty... with light once again streaming through the beautiful stained glass to the corridors below. 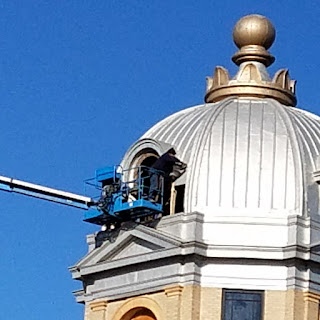 Posted by Judy Keller at 9:16 AM No comments: Links to this post 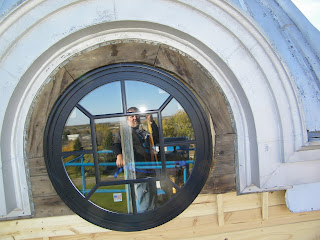 There's quite a view from the top of the Foster County Courthouse dome! Leo Straley, the contractor in charge of the restoration of the dome, likes to take pictures of the work as it progresses. 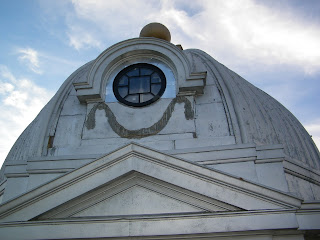 Here Straley is photographing one of the four round windows that are being installed at the top of the structure. There are eight much larger and heavier windows which will he and his crew will be installing next.
Although installing the heavy windows is a rather difficult task, Straley says it is easy compared to the detailed restoration work that he and his crew are doing inside and around the dome... due to the intense wood and metal damage that has amassed over the years. 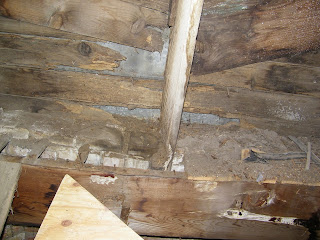 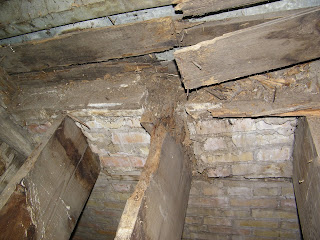 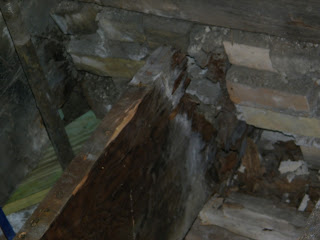 According to Straley, their work is progressing well, even though they discovered more involved damage than prevously thought. 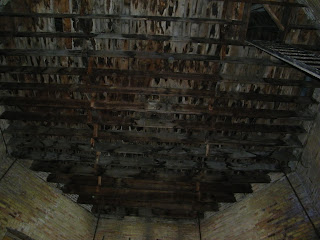 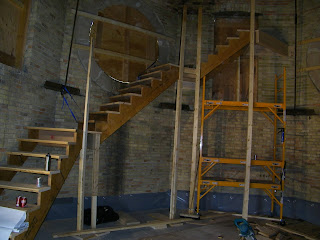 As far as the Carrington community is concerned, It's comforting to know that our wonderful courthouse dome .. as well as the stained glass, murals and beautiful interior...will now be safely protected as our North Dakota winter approaches. 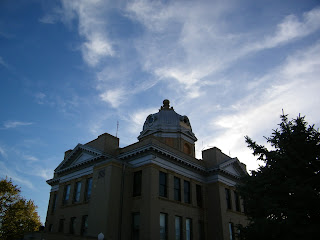 Posted by Judy Keller at 11:52 AM No comments: Links to this post

Love this video about Carrington!  It was created by Hansen Video Services for Carrington Economic Development Authority.

Posted by Judy Keller at 3:43 PM No comments: Links to this post