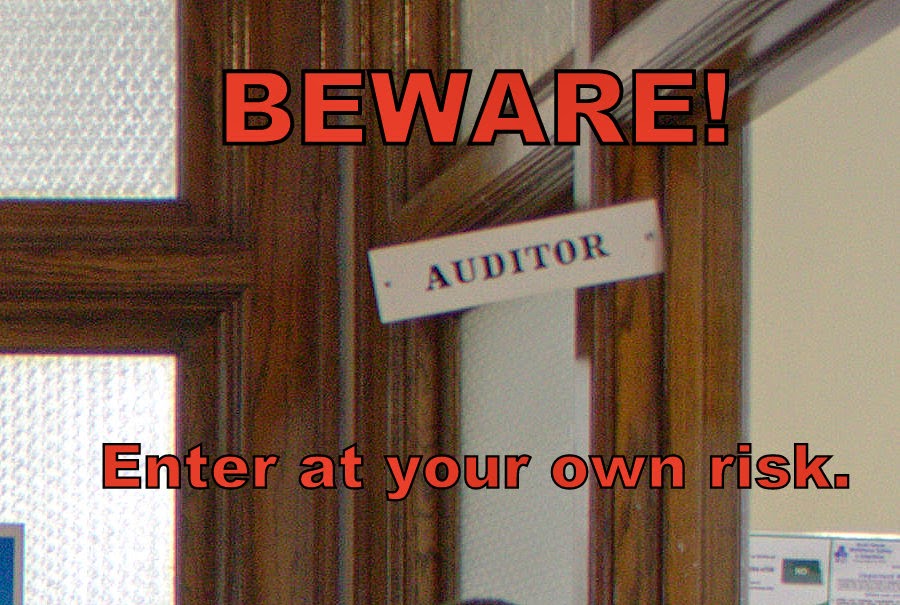 On Friday, April 25, 2014, my husband and I appeared in the Foster County Court before Judge Jay Schmitz in a case entitled Teresa L. Risovi vs. Judy Keller and Ted Keller. Teresa Risovi, the Auditor of Foster County, had restraining orders for disorderly conduct filed against us, and we were in court to fight for our first amendment rights and to refute the charges that she had made. If her charges were found to be true, the temporary restraining orders would have been extended. Then, basically if we did anything that the Auditor considered a threat (like talking loudly around her, gesturing with our hands while talking near her, coming into her office and asking for public records, sitting behind her at Foster County Commissioners meetings, taking pictures of her at the meetings, writing critical articles about her on CarringtonNews.com, "watching" her, etc.), we could be arrested without a warrant and put in jail for up to a year and/or fined $2,000.

QUITE A WEAPON to have in the hands of a vindictive government official!

After listening to the testimony in court, Judge Schmitz dismissed both restraining orders, basically saying that he did not find our actions to be disorderly conduct, or conduct that threatened Auditor Risovi's safety. In his opinion our actions were included under constitutionally-protected activities.

After listening to Risovi testify in court that she is "terrified" of me, I truly have a hard time understanding how I've caused that intense fear, and I'm sorry that she feels the way she does. I want to assure her and her friends that my husband and I are no threat to her personal safety. However, because of the lies that she swore to under oath (committing perjury) in the restraining orders, we will most likely continue to be a threat to her job safety as Auditor of Foster County.

In my opinion, any person who is so insecure and terrorized by the above Constitutionally-protected actions, and who is so ignorant of the law, should not be holding a public office. We need people serving in our government offices who conscientiously make an effort to understand our county/state/federal laws and how they apply to their positions and to the communities they serve... people who we can trust to be honest and truthful with us.

NOTE: By the way, for the auditor's friends/supporters who thought my husband and I were sending her threatening letters, the letters were simply notifications of legal motions, filings, dates that Auditor Risovi needed to be aware of for the hearing. They were letters with information that would help the auditor prepare for the hearing, a hearing which she, herself, instigated by filing restraining orders against us. Somehow or other... in her and her friends' minds... those official letters turned into "death threats," bullying, and harassment from "crazies." If they're ever in a situation like this again, I hope they make it a point to get some facts before they start spreading the gossip and lies.
Posted by Judy Keller at 2:50 AM No comments: 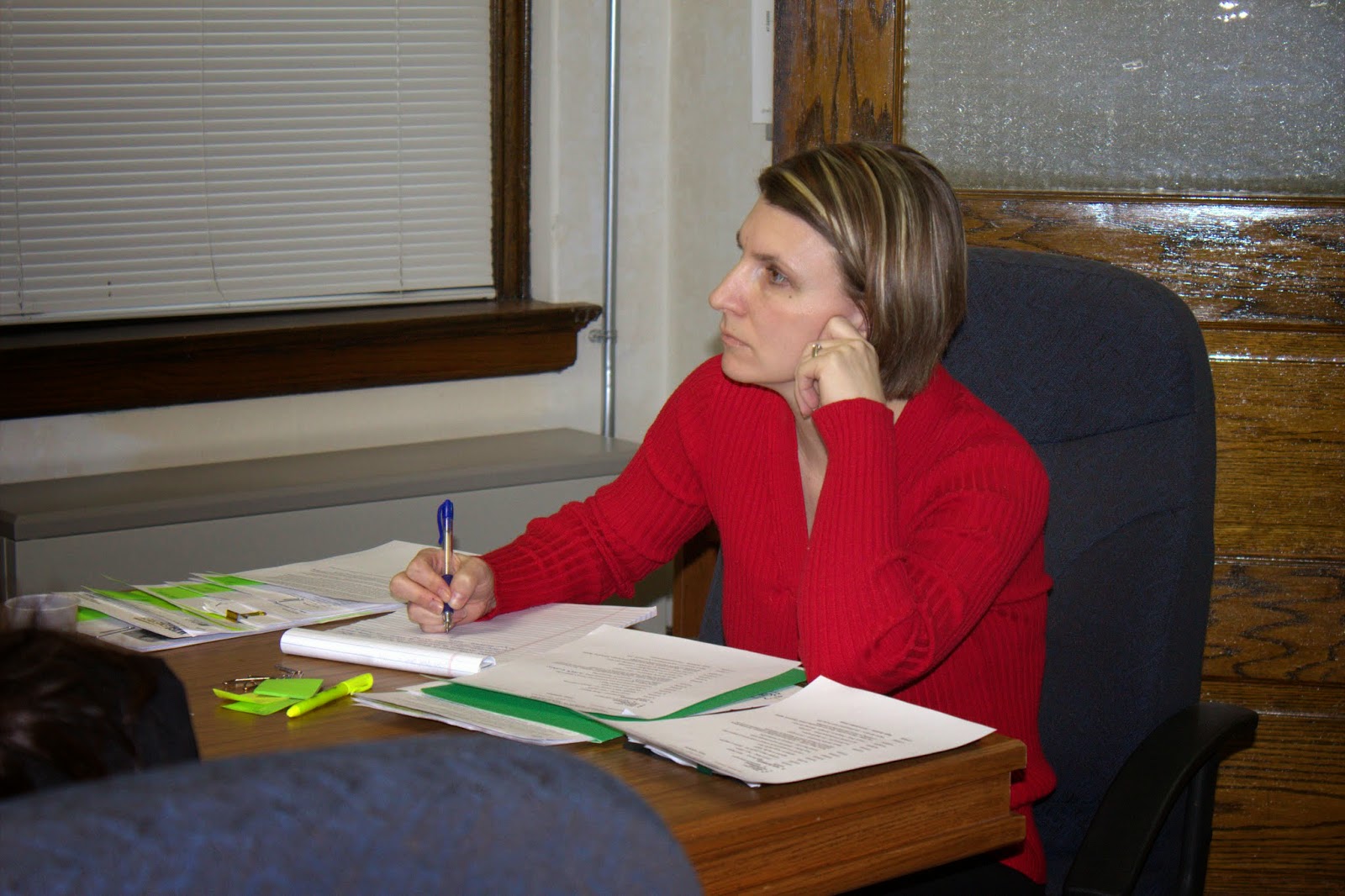 Believe it or not, our Foster County Auditor, Teresa Risovi filed a "Disorderly Conduct Restraining Order" against me (and my husband - in two separate orders). According to the petition,"Disorderly Conduct" means intrusive or unwanted acts, words, or gestures that are intended to adversely affect the safety, security or privacy of another person."

I don't think Auditor Risovi understood the following sentence which is also in the petition: "Disorderly conduct does not include consititutionally protected activity," such as freedom of speech, freedom of the press, freedom to obtain public records, freedom to take pictures of public officials at public meetings, freedom to criticiZe the performance of a public official, and freedom to park in a public parking space, namely the parking lot of Foster County.

"Violation of this order is punishable by up to one year in jail and a fine of up to $2000. Any peace officer may arrest you with or without a warrant and take you into custody if the peace officer has probable cause to believe you have violated this order."

Well, Auditor Risovi, you are not going to take away my 1st Amendment rights by threatening me with a frivolous restraining order that is filled with paranoid statements and lies. Anyone who has been following CarringtonNews.com knows that I have not threatened you in any way. I have mostly been stating facts about the illegal/abusive way that Chairman Paul Straley has been running the Foster County Commissioners meetings and not allowing community members to speak. The fact that you were hired during an illegal meeting is a matter for the courts to decide.

Could you be more obvious about the fact that your restraining orders were purely retaliatory and meant to quash my civil rights and the rights of my husband? Why didn't you just come out and say that you filed frivolus restraining orders because my husband filed a complaint to remove you from office!

Lastly, I think it's pitiful that you can pretend to fear for your safety around a 68-year-old, overweight, arthritic grandma who taught for over 35 years about our constitutional rights... rights which I dearly value and will not give up because of threats from a government official like you.
Posted by Judy Keller at 10:12 PM No comments: 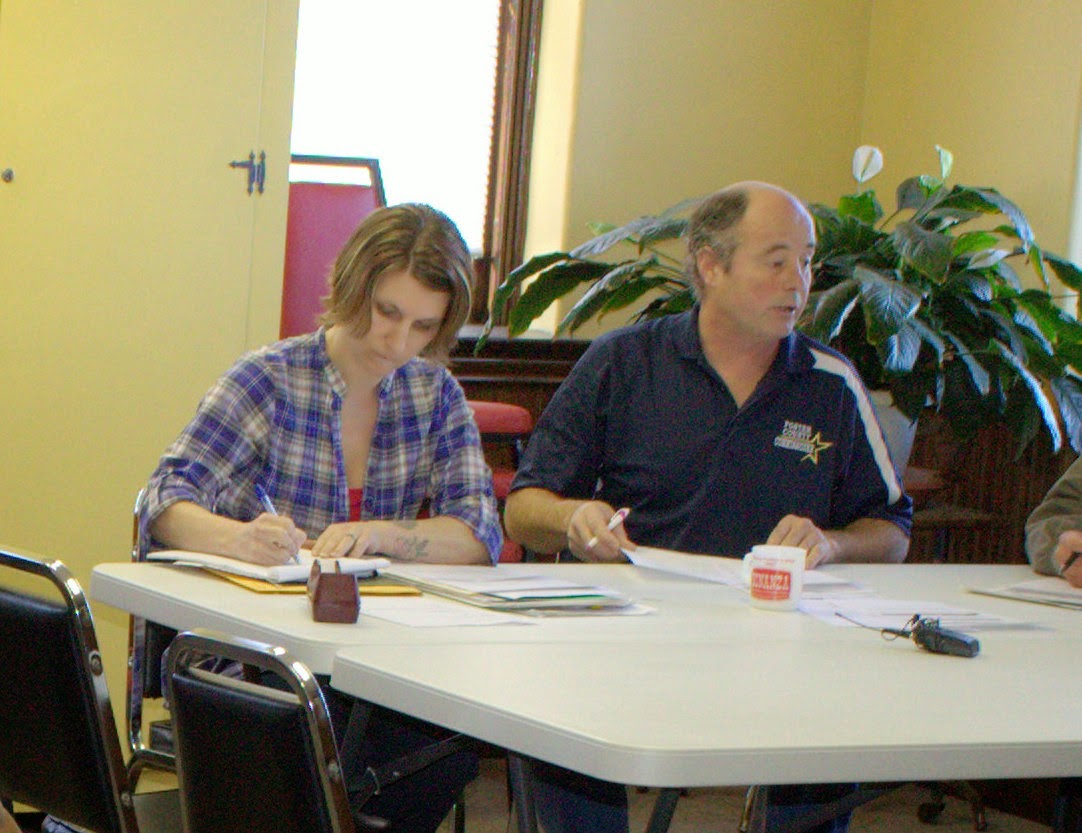 One must be careful nowadays when you enter the Foster County Auditor's office... especially if you're there to request public records. Foster County Sheriff's deputies are close at hand, seemingly ready to escort you out, if the auditor, Teresa Risovi, doesn't like you or your "tone." As well, have you heard that your phonecalls are being recorded without your consent? Not a very welcoming or citizen-friendly situation....

I truly think everyone in our community should BE AWARE OF and BEWARE of what's going on at our Foster County Courthouse.

I personally experienced being told by Teresa Risovi to leave her office and was "walked out" of the auditor's office by two Foster County Sheriff's deputies... along with my husband, Ted Keller. I was there to request the log of the people who had requested public records in the last month because during the last commissioner's meeting, in her report Risovi only mentioned and emphasized names of people who think she was not legally appointed auditor.

Ted was there to request a copy of Risovi's "Oath of Office" to make sure that she had been sworn in as Auditor legally. Risovi's response to Ted's request was that she didn't know where the Foster County oaths of office were located in her office, and that she had three days to provide him with her Oath of Office or any record that was requested. She raised her voice to tell us to leave her office, and that's when two deputies showed up behind us and walked us out the door. They were nice about it actually, but I felt rather uncomfortable and intimidated by their escort. 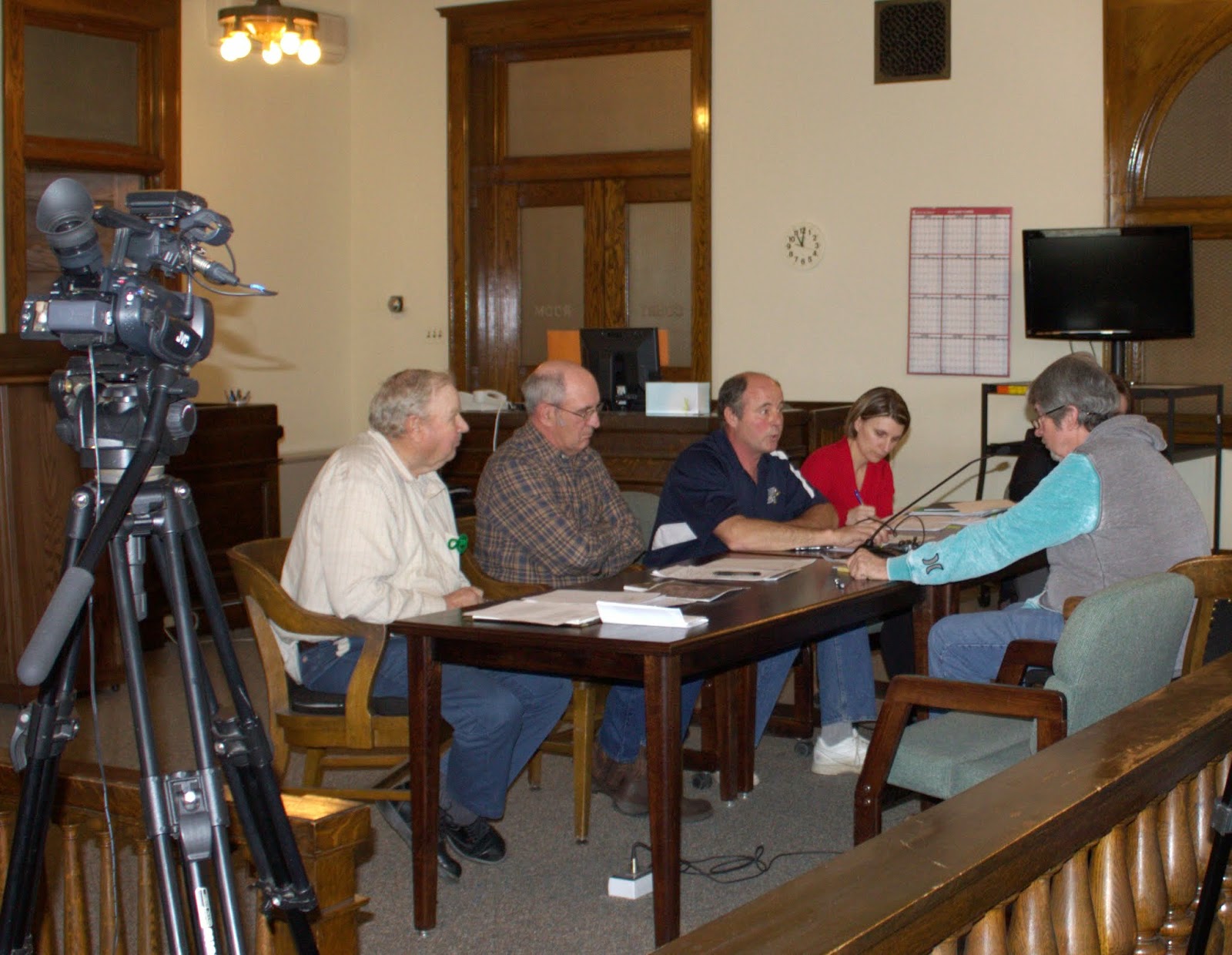 The Foster County Commissioners Meeting took place at 8:30 a.m., Tuesday, April 1, 2014, at the Foster County Courthouse in Carrington. At the meeting, Chairman Paul Straley continued to invite lawsuits to be filed against Foster County. Ted Keller explained to him that he shouldn't have to file a lawsuit against the county in order to get Straley to listen to concerned citizens and follow the law. On March 18th, at the last Commissioners Meeting, Chairman Straley told Keller that if he had a complaint about the way the commission was being run that he should file a lawsuit against them. At that time, Keller explained that if they admitted their errors, they could correct them without a lawsuit. He even explained how to do it.

Sadly, it seems like the only way to be heard by Chairman Straley is to file a lawsuit against the commission's actions. Ted Keller and Leo Straley did just that. They filed a complaint alledging that Paul Straley and the Foster County Commission violated the North Dakota Century Code § 44-04-20 by acting beyond what was stated in the notice and agenda for their "special" meeting on March 3, 2014. That notice stated that the meeting would only involve the application process for the vacated position of Auditor, not actually appointing a person to be Auditor. Chairman Straley and Commissioner Greger voted to appoint Teresa Risovi as Auditor, against Commissioner Carr's objection to their actions.

In their Complaint, Keller and Leo Straley asked the Court to rule that the March 3rd "Special" meeting was in violation of North Dakota law and that the appointment of Teresa Risovi should be void. It is their contention that Chairman Straley and Commissioner Greger knowingly violated the law, intentionally depriving the public of any input or comments... thereby "getting their way" without questions or objections from the community.

Posted by Judy Keller at 9:55 PM No comments: